FREE SHIPPING ALL ON ORDERS $25+ Dismiss

Most of us love cute things, but I bet not in the same way Japanese people do! In fact, when you visit Japan, you’ll notice that it is a haven for all things cute.

From restaurants with cute mascots to Japanese girls with adorable accessories and local stores filled with lovable items that aren’t too common in the U.S. or anywhere else in the world, you’ll see all these in Japan. And they have a general term for these– kawaii!

If you’re a fan of anime or are familiar with Japanese culture, the word kawaii is nothing new to you. In fact, this culture of cuteness that originated in Japan has taken the world by storm and is still popular around the globe today.

You might be wondering, what makes kawaii so popular? So in this article, we’ll explore why.

The History of the Kawaii

Kawaii is the Japanese word for ‘cute’ and suggests shyness, vulnerability, and adorableness. It also signifies youth, innocence, charm, and openness.

However, the history of kawaii dates back to the late 1960s when Japanese university students refused to go to lectures and read manga or children’s comics as a form of protest against prescribed academic knowledge. During the 1970s and 1980s, cute as a style has increasingly become a trend and this has been expressed through childish handwriting, products, food, dress, and even speech.

During Japan’s economic crisis in the 1990s, this subculture continued to exist and has made its way to the international market. Even commercial airlines and banks that typically have this serious and professional look and feel started to explore implementing cute as a strategy to boost their appeal to a wider market.

Soon enough, kawaii has taken over not only Japan but also many different parts of the world. Today, even adults– both men and women– are drawn towards the Japanese culture of cuteness.

If you came across this article, you were probably puzzled about why people get obsessed with kawaii. So here are the possible reasons:

Will Kawaii Lose Its Appeal?

Kawaii is more than just a trend or a fad, it is already deeply ingrained in Japanese culture. You’ll find kawaii everywhere– from food, fashion, accessories, game genres, art, and many other aspects of society.

So the short answer is: No, kawaii won’t completely lose its appeal in Japan or in other parts of the world.

Sure, it’s definitely possible that some restaurants, banks, or airline companies will move away from cute mascots and aesthetics to attract customers. Lolita outfits that also represent kawaii may go out of style in the fashion space, but both men and women will continue to dress in kawaii fashion expressed in different ways.

The thing about kawaii is that it is grounded in an understanding of cuteness or adorableness that comes from being human. Because of its childlike style, kawaii even denotes clumsiness and vulnerability sometimes– portraying an imperfect beauty and the beauty of being imperfect at the same time.

And this imperfectness appeals to a lot of people because we are all imperfect. Whether young or old, male or female, everyone also has the potential to be cute in their own ways.

With this, kawaii as a subculture will continue to be popular as long as there are people who find cute, cute. The way kawaii is expressed and portrayed may be different as time goes on, but the very idea of kawaii will always remain.

As kawaii brings some form of peace and calm in people’s minds, it has become an important part of Japanese culture. Its popularity has also spread all over the world, even in the West.

And as the kawaii culture continues to be well-received, there has also been a massive influx of kawaii items that hit local and international markets. So if you’re looking for a reliable online kawaii shop that sells top-quality items, check out ooKawaii today! From mousepads, keycaps, AirPod cases, and Nintendo Switch accessories to kawaii plushies and cushions, we surely have something in store for you! 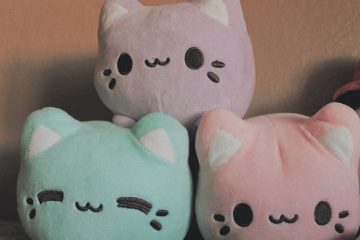 How Did Kawaii Culture Start? 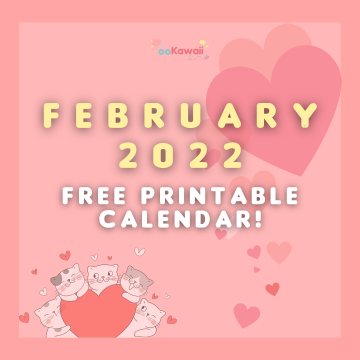 Here is our February Love-Themed Calendar! [FREE and printable] 💖 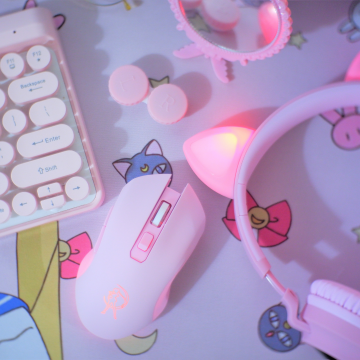 What is Kawaii Aesthetic?