15% OFF ALL PLUSHIES WITH CODE: PLUSH15 Dismiss

If you’re familiar with Japanese pop culture, you’ve probably already heard the word “kawaii”. This word which translates to “cute” in English is one of the most popular words in the Japanese language.

Some of the things that are commonly associated with it include Sanrio, Pokémon, and Lolita fashion. However, this is just the tip of the iceberg.

In this article, we will explore the kawaii aesthetic and learn more about the kawaii culture.

What Does Kawaii Mean?

Despite its simple meaning of being “cute”, it actually has an interesting etymology. The word itself came from the word kaohayushi, which is used to describe a face flushed red because of embarrassment or guilt.

As language evolved over the years, the word kaohayushi has been changed into kawayushi. Because of this, the meaning changed as well. Kawayushi has different meanings including cute, lovable, embarrassing, and vulnerable. The word later on turned into kawaii, which means cute and lovable, during the Muromachi period. The meaning has stayed the same until present time.

What is Kawaii Aesthetic?

Kawaii is mainly used to describe anything adorable and endearingly cute. This widely celebrated culture originated in Japan and later on spread throughout different parts of the world.

It is common to see the strong influence of the kawaii aesthetic in various aspects of life including art, fashion, food, and many others.

In terms of visual characteristics, there are a wide range of colors associated with kawaii. However, the most commonly associated ones are pastel colors, with white as the neutral color and pink as the most popular one.

Despite this, it is important to note that there is no strict rule of thumb when it comes to the kawaii aesthetics’ colors. For instance, neon colors are predominant with Decora and some Sanrio characters are colored black. Meanwhile, lighting is always bright in visual presentations of the kawaii aesthetic, and there are little to no shadows.

In order for an image to look extra cute and more maximalist, photos are edited such that they are smoothened, eyes are enlarged, and stickers and sparkles are often added.

The most common visual motif for the kawaii aesthetic are sweets, such as cakes, ice cream, cookies, macaroons, boba, and candies. These are typically done with specific references to Japanese culture, such as the food having intricate whipped cream decorations and food shaped like certain characters– features that are not usually found in Western desserts.

They are also heavily decorated and have multiple textures and colors presented by adding drawn-on icing and sprinkles. Strawberries in particular are a common motif in kawaii aesthetic and it is commonly used in artworks and merchandise.

When it comes to savory foods, they are usually presented in the form of a bento box with the food shaped as various characters as well. As for nature-inspired motifs, they are shown in the form of minimalistic drawn stars, rainbows, skies, clouds, flowers, butterflies, tiny critters, and the cherry blossom.

Another recognizable feature of the kawaii aesthetic are anthropomorphic characters. The most popular unique characters are those created by the Japanese company Sanrio, including Hello Kitty, My Melody, and Cinnamon Roll.

Other characters that scream kawaii include Pusheen the Cat, Care Bears, Pokémon, and those in Animal Crossing. If you look closely at these kawaii characters, they are all illustrated in a simple manner and follow some sort of guidelines in character design that make them look child-like and lovable. Although they all typically have round bases for their body, huge head and eyes, as well as tiny arms and legs, the features are still distinct enough to set them apart from competing characters.

As for human characters, they can be classified as kawaii if they look innocent and childlike. You can find this type of characters from anime and manga, which are also significant parts of Japanese culture. Similar to anthropomorphic characters, human kawaii characters feature round shapes, huge eyes, distinct pastel colors, and unique outfits. They also show intense emotions, which make them all the more adorable.

Kawaii Merchandise are in Demand

Because of the popularity of kawaii characters and kawaii aesthetic in general, they are easily marketed as merchandise. Nowadays, you’ll find kawaii designs in stationery, gaming and computer accessories, home goods, clothing or fashion accessories, and almost any other type of product.

If you’re looking for the most reliable online kawaii shop, check out ooKawaii. Compared to other kawaii shops, we only offer high quality items that are durable and reasonably priced. From kawaii AirPods cases, Nintendo Switch accessories, keycaps, and mousepads to cushions, plushies, and bags, we’ve got everything for you. We also offer special discounts, exclusive promos, and free shipping options.

Whether you’re shopping for yourself or for someone who is crazy over the kawaii aesthetic, you’ll surely catch some great finds at ooKawaii.

Why is Kawaii So Popular? 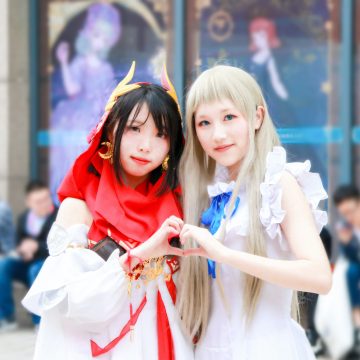 Where Does Kawaii Come From 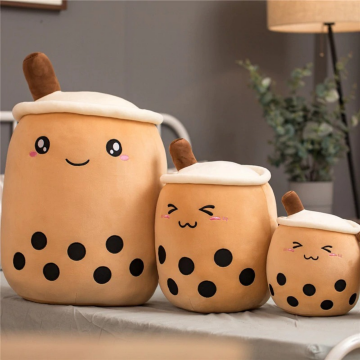