If you spend enough time online, “kawaii” is a word that you’ll most probably encounter one way or another.

As a Japanese word which means “cute”, kawaii has connotations of lovability, shyness, and vulnerability. When asked what comes to mind when you hear the term “kawaii”, babies, small adorable creatures, or specifically Hello Kitty comes to mind.

In this article, we will take a closer look at the kawaii culture and trace back its roots.

In most cases, kawaii signifies youth, innocence, charm, naturalness, and sometimes even frailty or physical handicap as a symbol of adorability. Take for example Hello Kitty who doesn’t have a mouth.

However, kawaii is more than just an adjective or a style. It’s a significant part of Japanese culture and history. In fact, you can consider it as a political statement and a way of life.

According to the Dictionary of Japanese Etymology by Maeda Tomiyoshi, the term kawaii originally came from the word kawahayushi, which means “flush-faced” that implies embarrassment. As the word evolved, it came to have the same meaning as the word “cute” in English.

But why is it that “cute” doesn’t seem enough to convey the much deeper connotations of the Japanese counterpart “kawaii” that scream pastel colors and anthropomorphic everything?

In order to answer this question, we need to deepdive into the history of kawaii.

The History of Kawaii

While it’s difficult to pinpoint the specific time period to which the kawaii concept belongs, it can be said that its seeds started being planted after World War II. According to Bunka Gakuen University lecturer Toby Sladei in Introducing Japanese Popular Culture, Tezuka Osamu– the pioneer of anime and manga– first noticed that the larger the eyes on American animated characters, the cuter they look.

Some of the influences of Osamu when creating characters, such as Astroboy, were Western movies, such as Snow White and Bambi.

Another major milestone in the timeline of the development of kawaii was the student unrest that occurred during the 1960s to 1970s. Students in different parts of the world were defying older generations by being as different from them as possible.

For instance, British youth demanded to be considered as independent and mature by sporting racy clothing and embracing rock music. On the other hand, youth in Japan refused to grow up and take things seriously.

One of the examples of this rebellion was the handwriting styles of high school girls. Those who have studied Japanese know how perfect Kanji should be written. These high school girls created Gyaru-Moji which can be translated to “girl writing” using round letters with hearts, mocking the rigidity of the most difficult Japanese script to master.

And then there’s the iconic seifuku or the quintessential Japanese school girl outfit. The seifuku was originally based on the military uniform of Japan, but it has been repurposed as a powerful symbol of anti-establishment.

Japanese youth used these “childish” styles to emphasize how undesirable being an adult was.  Soon enough, big brands such as Sanrio started to make cuter products, and Hello Kitty became the ultimate spokesperson of kawaii when it was created in 1974.

It was also in the 1970s when pop stars such as Momoe Yamaguchi and Pink Lady became extremely popular because of how endearing they were, more than because of their talents. Idols have become an escape from the harsh realities of a world full of political unrest and an unstable future.

For these reasons, kawaii made waves in the mainstream market, as it appealed to different demographics. By the 1990s, even the banks and police were using adorable kawaii characters as mascots.

Nowadays, kawaii is popular not only in Japan, but throughout the world. Regardless of your age, nationality, or gender, it is acceptable to appreciate cute things. You can enjoy kawaii without being judged as immature.

Even though it is difficult to identify a single specific origin for the birth of the concept of kawaii, we can still pinpoint parts of history that influenced the kawaii culture. Undoubtedly, there is something intrinsic about the kawaii culture that anyone in the world can relate to.

One good explanation for this is that Kawaii can make you feel nostalgic to your childhood– back when you were innocent and feeling content even with the tiniest pleasures. In other words, it could be a form of escapism from the pressures of adult life.

Sometimes, all we have to relieve our anxieties, fears, and worries about adulthood and society is our art and fashion. This makes the kawaii concept a universal and timeless sentiment.

If you are one of those who go crazy about the kawaii culture, you should check out the kawaii lifestyle and gaming accessories at ooKawaii. From quality kawaii plushies and cushions to kawaii keycaps, Nintendo Switch accessories, mouse pads, and bags, we’ve got you covered!

Whether it’s for yourself or for a friend who loves kawaii aesthetic, shop at one of the most trusted online shops for all things kawaii! 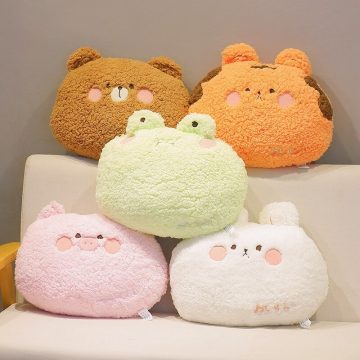 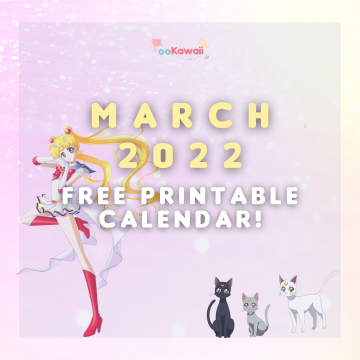 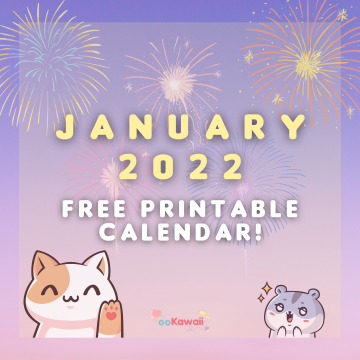